There’s going to be several major new systems appearing in Alpha 4 and 5, and players will be able to get a much clearer picture of what the game will be like at Beta and launch. Here’s a look at that work in progress:

We learned a ton about the game from watching people play the alpha, and we’re applying what we learned now to a second pass on systems. This week I worked on a big iteration of the property and building systems, it now works as follows:

Players will start the game with several property-claim flags, which they can place anywhere unclaimed (later, they will be restricted by player-government zoning rules). 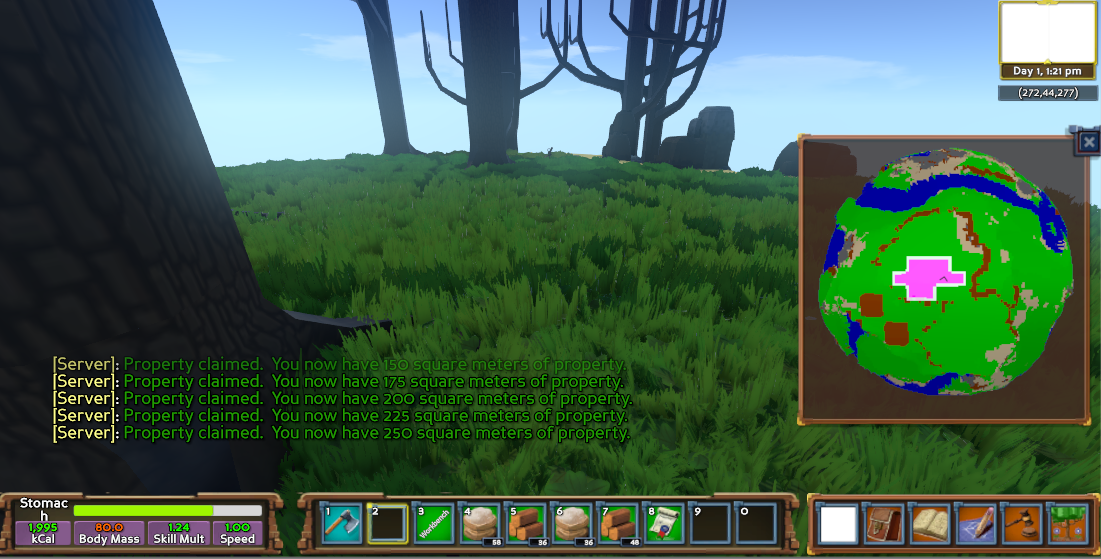 Claiming property will add it to the first deed in your inventory: 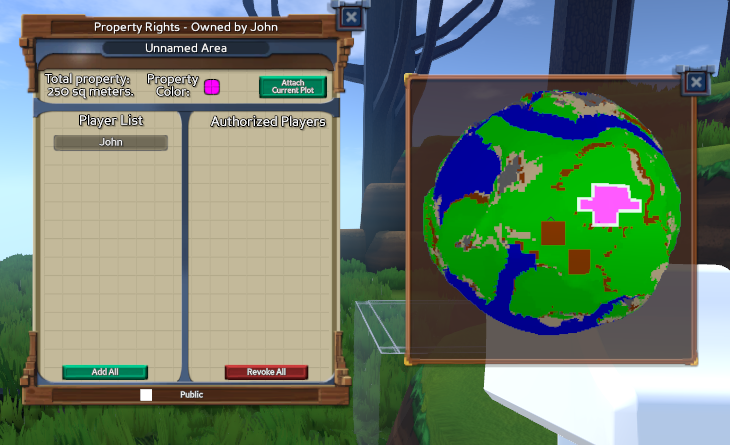 You can use the deed interface to choose who can build there, and see what property is assigned to it, and if you want to transfer it to another deed you can just pull it up and click ‘attach current plot’. This will let players divide up property however they want, and if you give/sell a deed to someone they become the owner of that property. Real estate market created!

Buildings work a lot different now as well. Instead of choosing what type of building you want and then constructing it, you must place crafting tables in buildings of a certain type. You can see what the requirements are on the tooltip, and you’ll get notices what’s wrong if you try to place it in an invalid space. 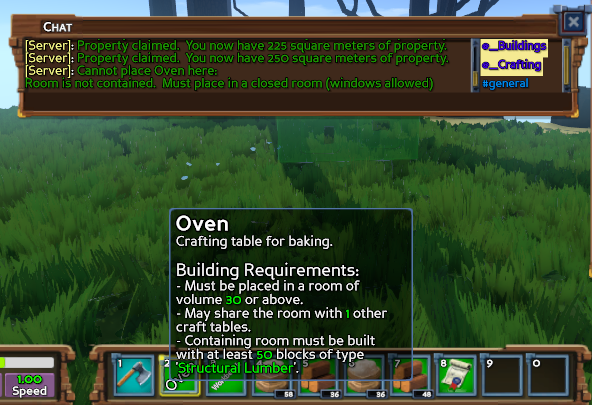 This will make building a lot more flexible – you can construct rooms however you want on your property, and place tables as you like, as long as they meet the restrictions. I think we’ll see a lot more interesting player constructions with this. Later we’ll be adding room-bonuses so that your craft tables will get boosts if you place it in a building with special properties.

We also made re-building more flexible. Previously buildings were locked down once they were finished, now you can change them at will. The restriction system will auto-detect changes that break tables and notify you: 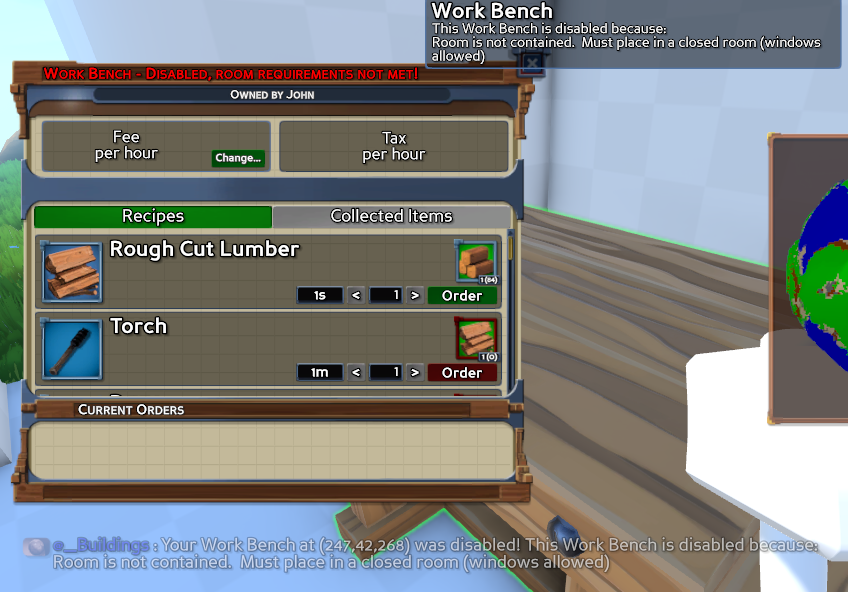 Now you can keep building onto one house if you want, adding stacks of rooms or underground caverns and filling them with useful tables, and then selling access. Building is such a core part of the game, and we want it to be both aesthetically interesting and strategic, and this system promotes that. Along with the transport system below, where and how you build will make a huge difference on the success of your world.

Vehicle and road system beginnings. Vehicles and roads will be the basis of transport, and moving resources between places in Eco will consume resources and create pollution, and infrastructure will be costly to create. It will be one of the main group challenges of the game, organizing public works to create the most efficient transport.

Currently you can just place it, but it will be some different way to craft vehicles. 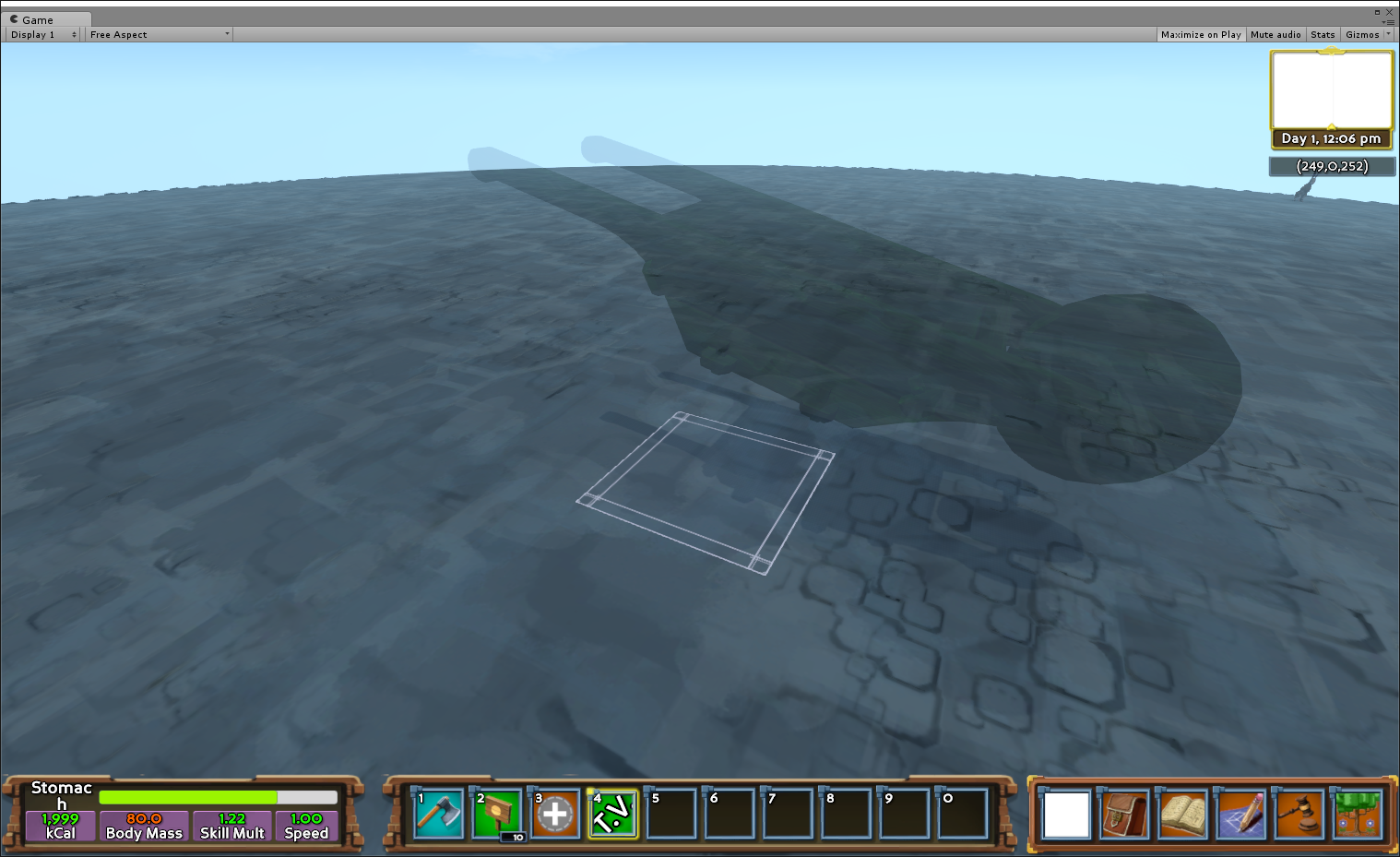 It can have inventory (open UI with right click) 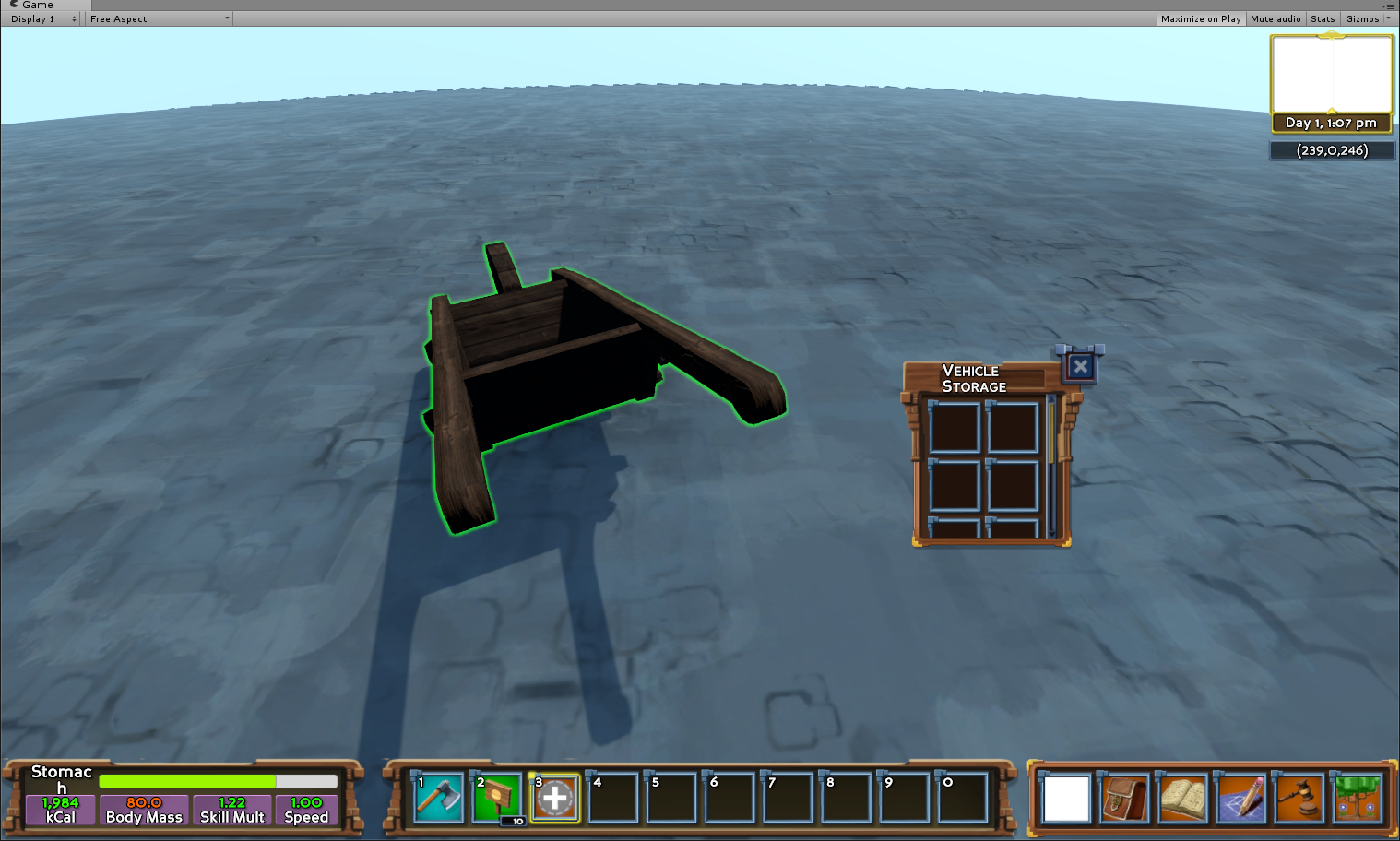 And you can ride vehicle(E)(behind the scene) 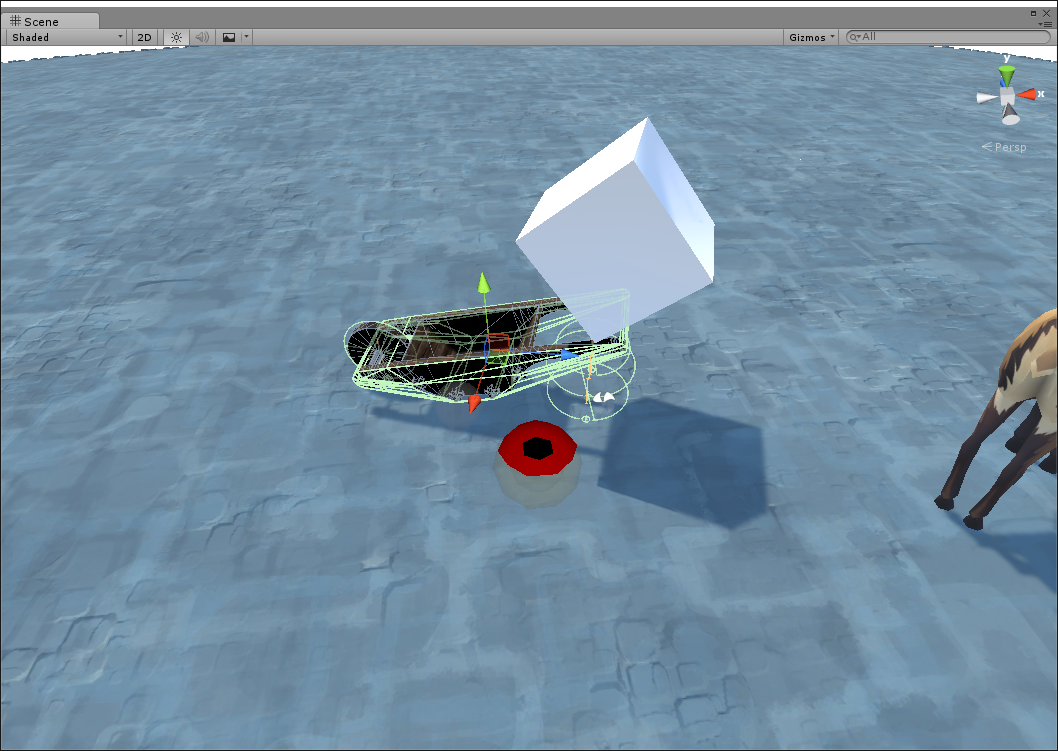 And you can dismount with pressing “E” again

Road system is in development, but it can effect your vehicle.

Road can increase your “mile per gallon” and limit your speed.

I’ve been working with Eric to fix up and update the base terrain in Eco, improving performance and the look. Eric improved custom builder tools and I reassembled all the pieces we use for grass/dirt/sand, and I’ve continued to iterate on the rock and ore’s custom builder geometry. We’re starting to approach the point where we can focus on authoring art rather than technology issues with the core terrain of Eco– and as the next step I have been transitioning to working on buildings to get them to the same standard. 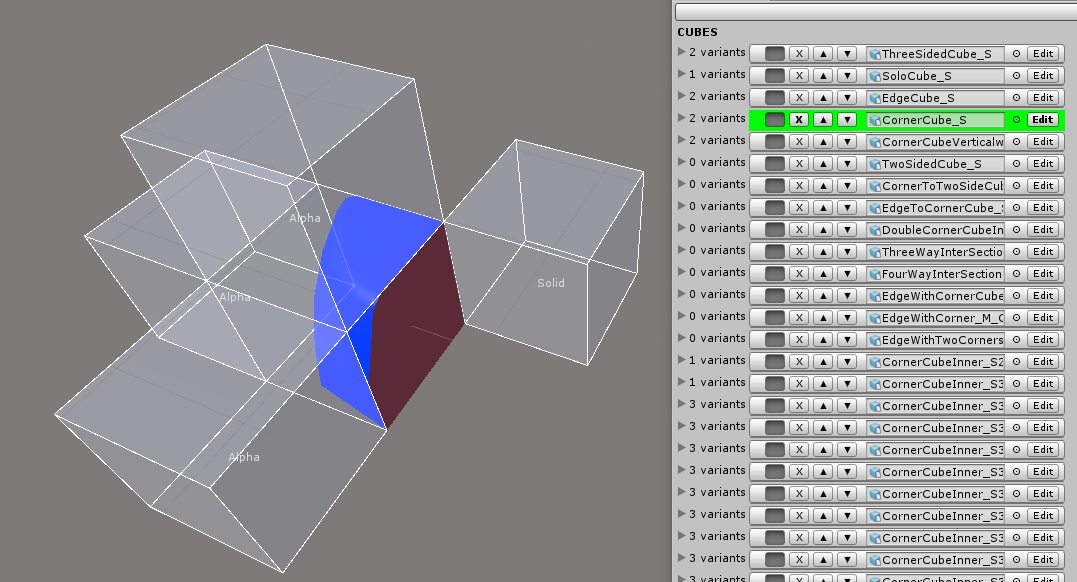 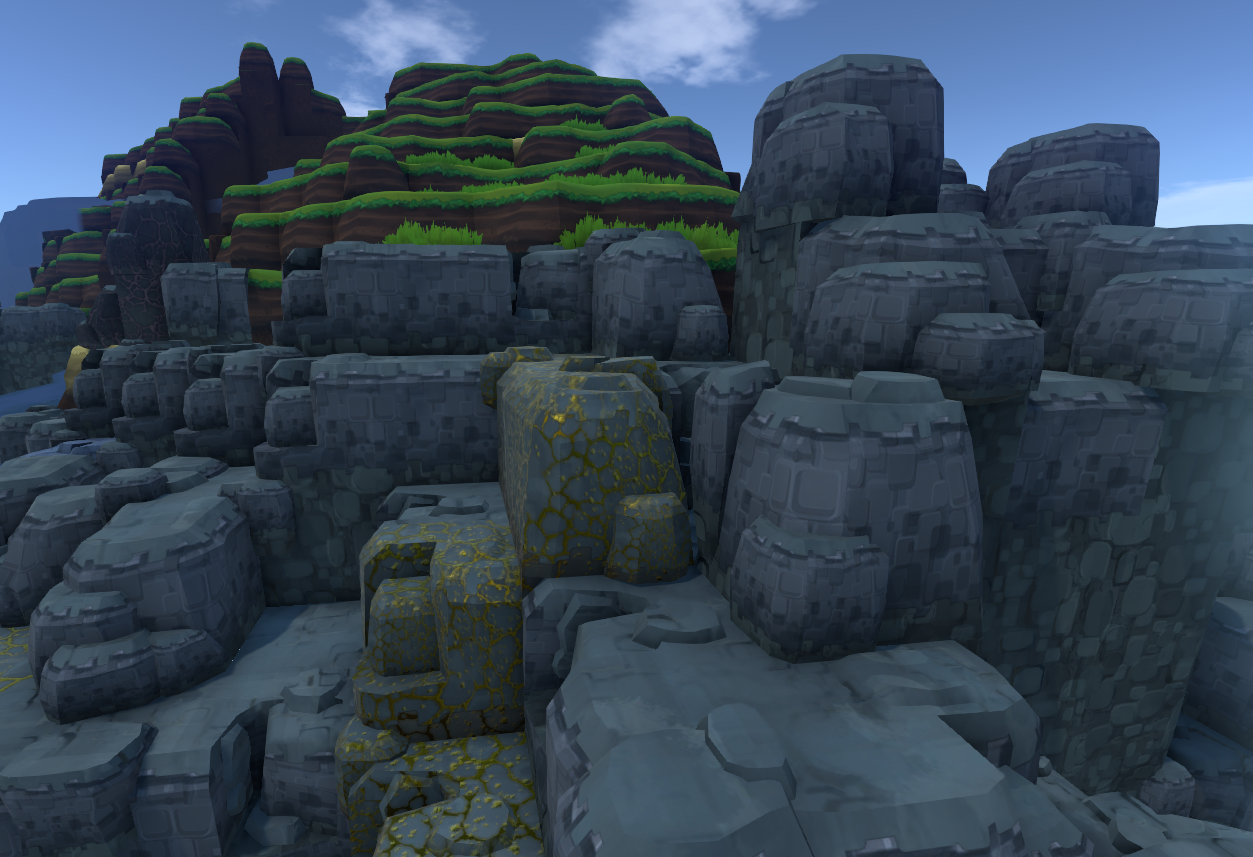 Well, working on many things at once.

So everything is sort of halfway there. New plants are coming along, as well as the terrain textures. But the current thing is setting the tree meshes to look right and grow right in the game.

I am up to the third iterations of my meshes, and I think I have finally figured out how it is all going to work. 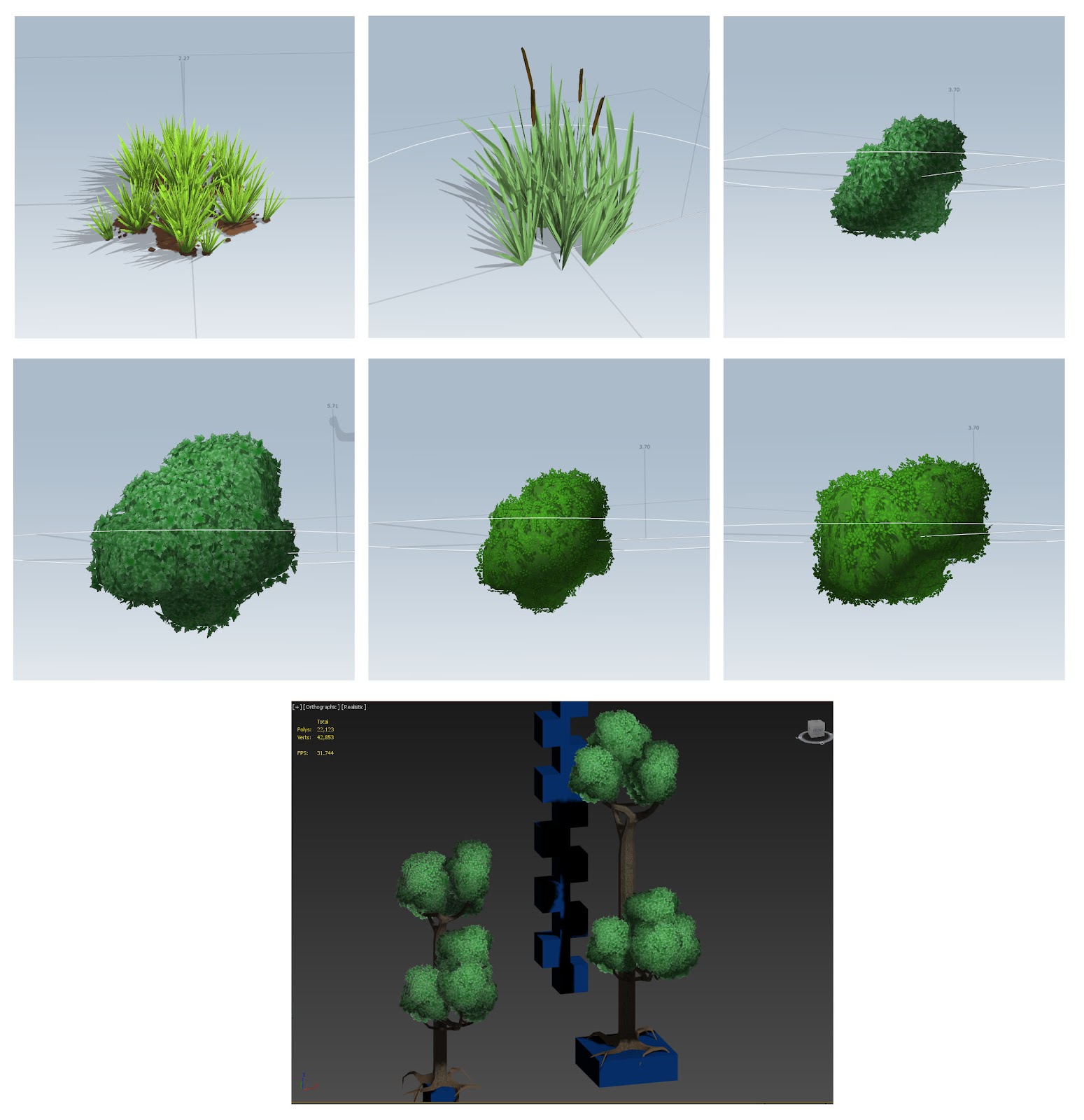 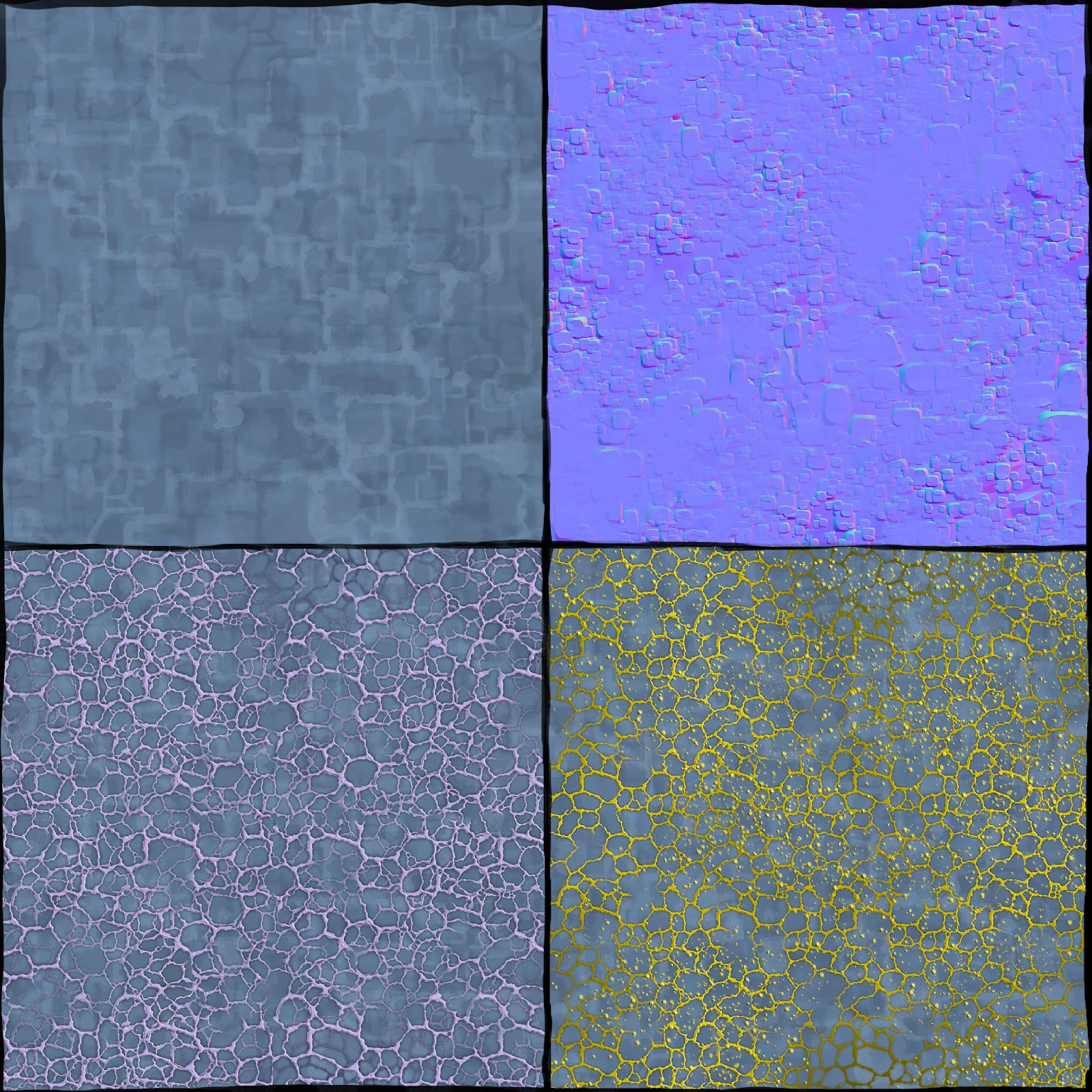 Lots more to come, looking forward to your feedback, and as always feel free to email us.