Welcome to Eco Dev Blog #1! With our Kickstarter and Pax finished, we’re hard at work getting the game ready for our alpha release. We’ll be posting these dev blogs more or less weekly, so expect lots of updates as we build towards alpha.

And as a reminder for community discussion check out Eco’s sub-reddit, EcoNation and Dewy Hills.

After an amazing month of PAX and the Kickstarter, we now have a chance to get back to working full time on the game, with the addition of an awesome community of people who’ve backed us. This week I’ve been working with Jeff to get the community side going with plans for the forums, dev blog, slack, etc, working with our lawyer Alex to create a source code license (we are sharing that this week).

I’ve also been working with the dev community to create a web-browser interface into our simulated ecosystem. This will let players open a webbrowser and get detailed views of what’s happening in the world (can be limited for players in the game, so its not god-mode, but server ops and teachers and devs can get the whole view). This involves a ton of new web-tech being added to the project, which I’m not personally familiar with, so having the community’s help on that has been phenomenal. Since we hadn’t sent out the source code yet, they’ve created a dummy server that serves up animal and plant positions, updating frequently, and rendering them in a map that can be panned and zoomed and clicked. This will be really useful for debugging, but also many other kinds of tools.

Major props to our dev community members repeatpan, scots, schlongfry, and timd for creating this, and to everyone else who participated in discussions. It’s been a really promising start to our dev community, and looking forward to continuing to grow it as we release the code soon.

The next task the dev community is taking on is a browser-interface for our server properties. I’ve created a video outlining this task here: https://youtu.be/s6RwtdP5PAAand we’ve started discussion on Slack and our Dev Forum about how to do it.

We’re also working on an account system that will allow people to login and add or upgrade a pledge, so people who missed the Kickstarter or want to upgrade to dev tier levels will get access to that soon.

Worked on a mockup for an iteration of the crafting system:

Crafting takes time depending on your skill, and the building owner can extract a fee depending on that amount of time (crafting tables are always tied to a building). The queue can be shared with other players building things, and are ‘first come first served’, but later we’ll have other ways of selecting queue order.

Been working on source migration over to GitHub, so our developer tier backers will more easily be able to collaborate during the projects continued development. In that same vein, I have been drumming up support over coding style guidelines (StyleCop!) to keep things from getting too out of control with everyone’s various coding style. Sadly John has vetoed the curly brace battle but I haven’t lost the war yet.On other fronts I have been reworking our current UI setup. It needed a bit of an overhaul to get things ready for alpha and more will be coming soon as Milenko starts getting assets ready to put in.

I spent the week doing a number of fixes to our prior content and making way for future expansion. I made it so you can actually get out of the water, tightened the controllers down, and did other interaction-related polishing. For the ‘pickupable’ objects and for possible interactions with objects, I got a nice highlighting shader implemented that will show what can/can’t be done in the world.

Besides these quality of life fixes, the week was focused on getting a new kind of backend for client->server communication that will hopefully ease life for us and (eventually) for modders using our API.

Upcoming for me is building zoning and the beginnings of staking territory.

Spent first couple of days settling back into the project and my old/new office. Played the game for the first time since december, and started making a high level “to do” list. Started doing first pass on some character designs and contemplating the UI redesign. That would be a big one.

Ah and everything else will be a big one too. Everything needs so much love.

Some scrappy sketches for the week: 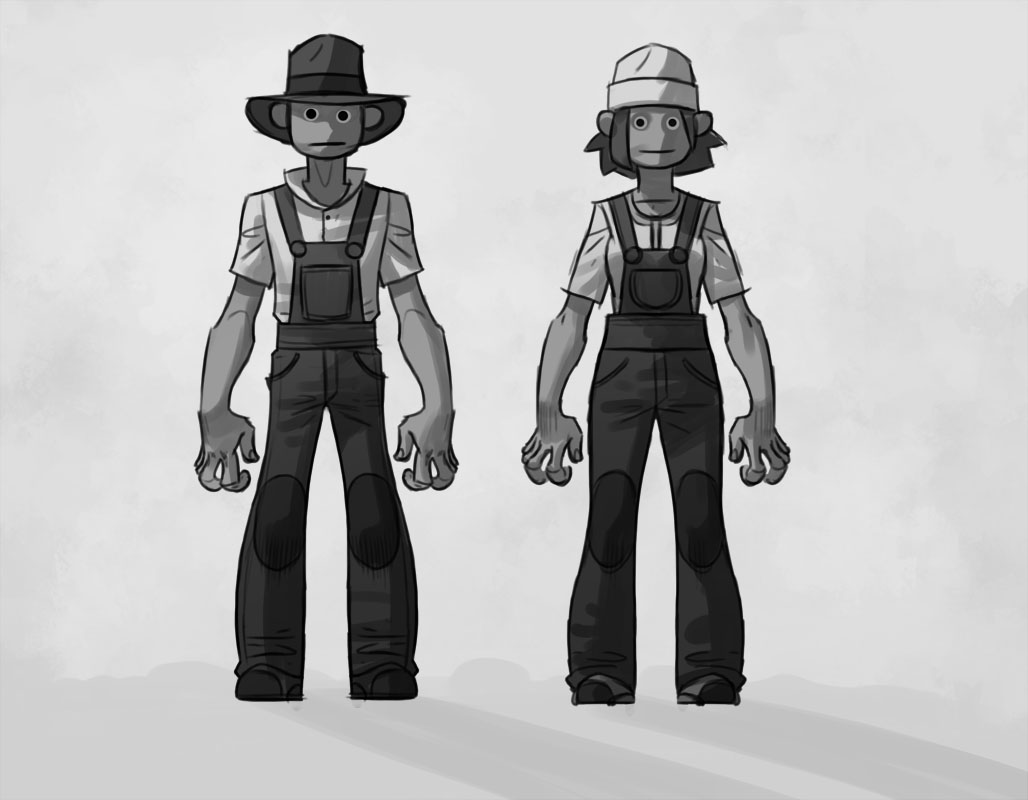 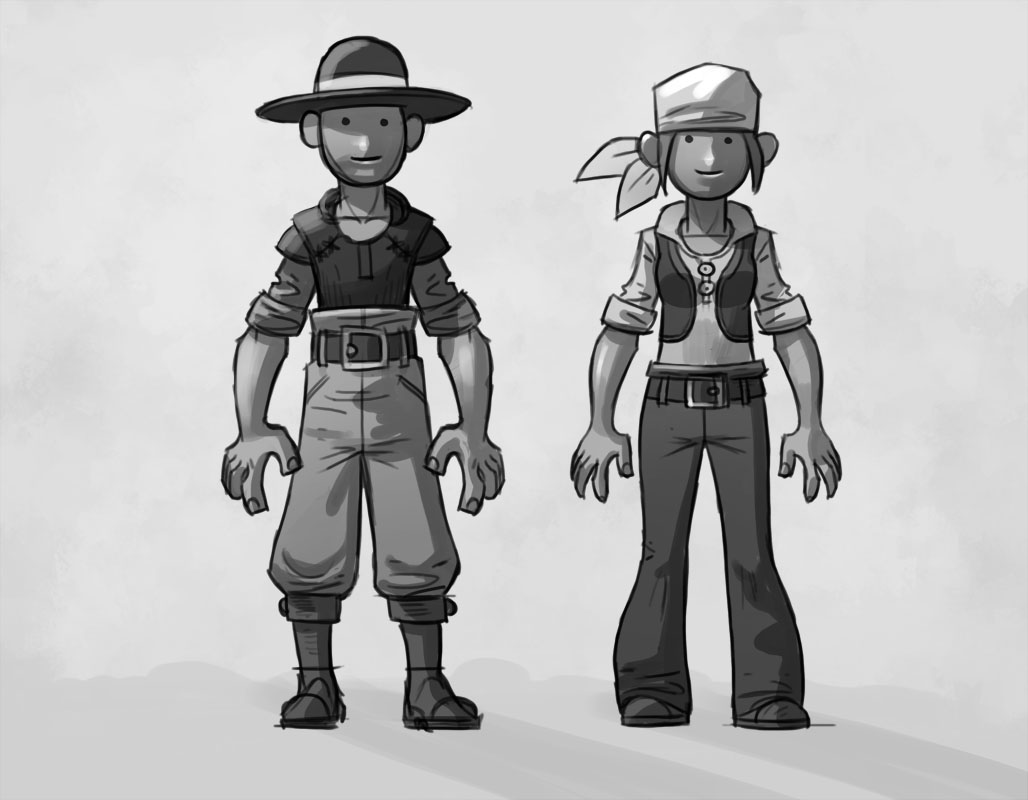 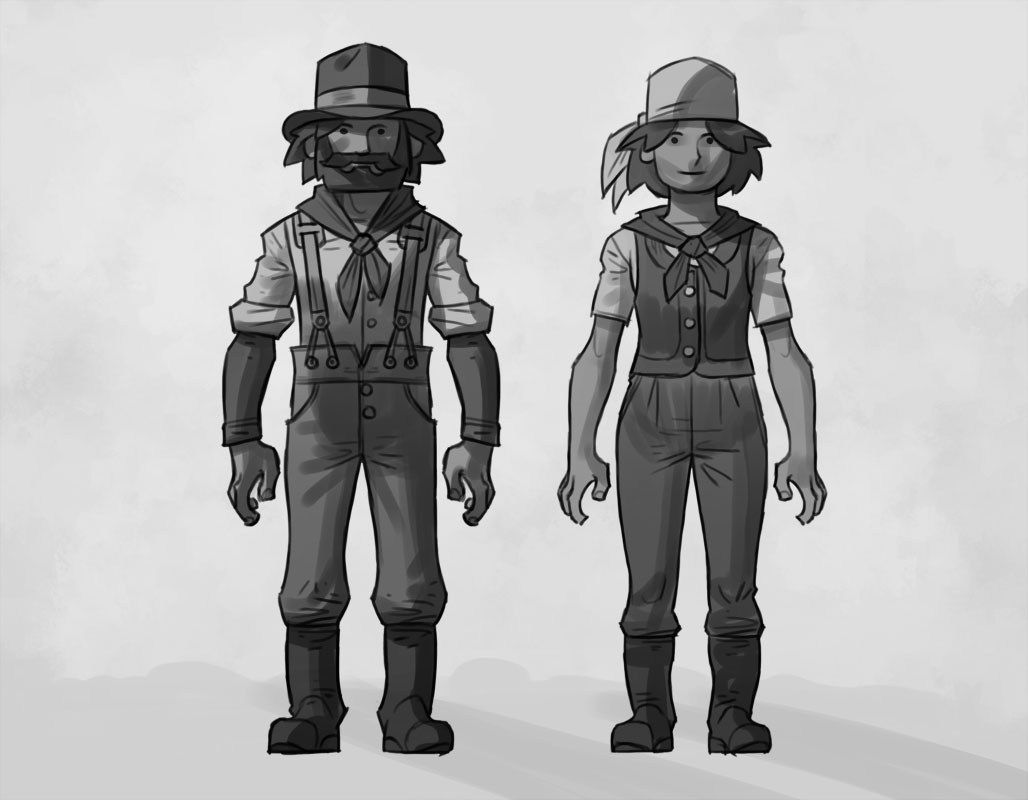 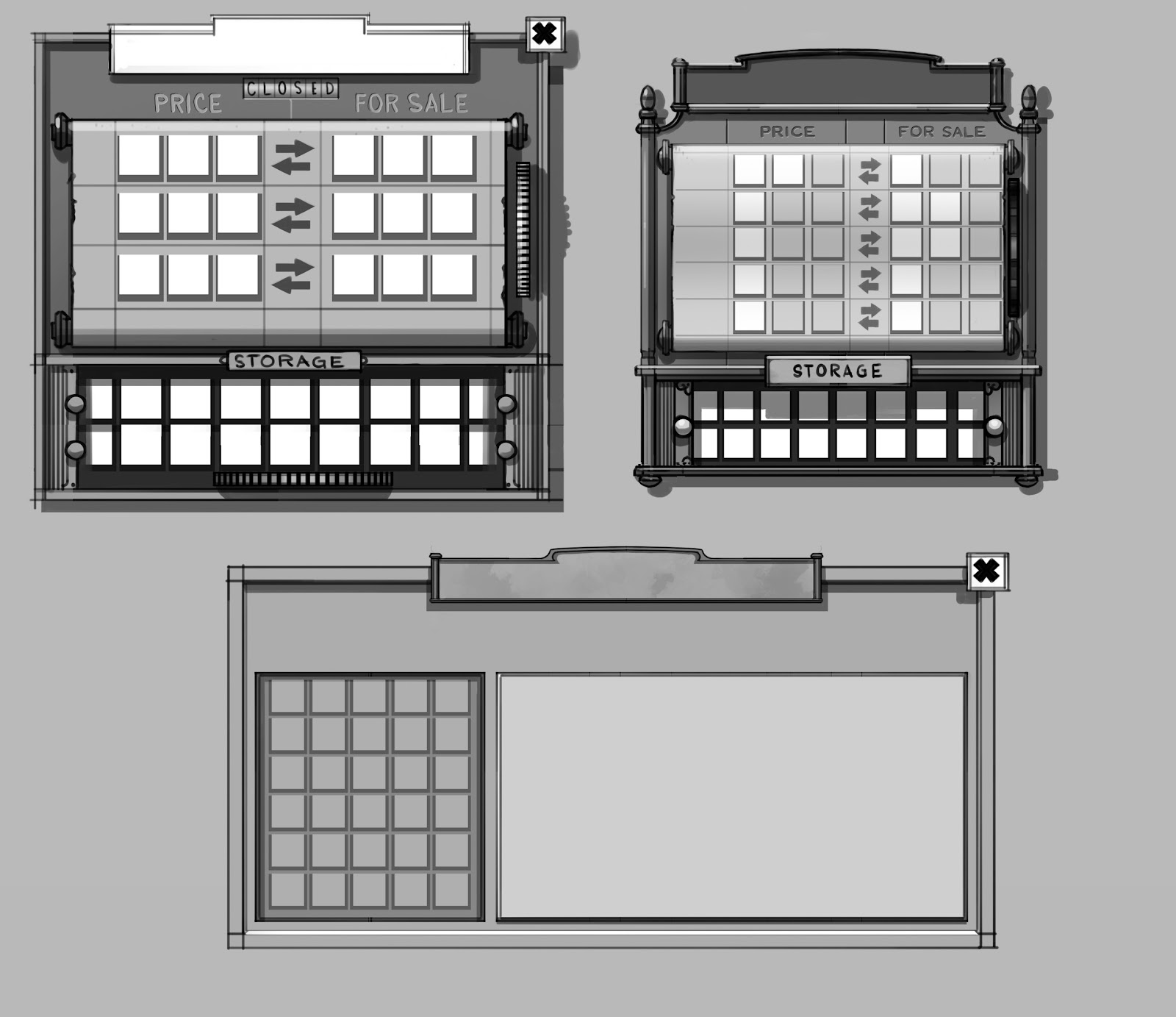 Trying to nail the style that is going to work with ECo as it goes through different stages of player/world development.

here are some examples of tries and failures as I am going along.

And finally, this seems to be the style and look I am settling on:

It’s been a busy week playing catch up with the ever-expanding ECO community. It’s amazing to see what is being accomplished already, from code additions, to roundtable podcasts, to ECO pillows for home decor! As the web developer for Strange Loop Games, it’s my job to setup all the web services that will support the community.

First on the list is to create an account system where new users can purchase the game, and our original backers can upgrade their account. This would be released already, if I were not thwarted by PayPal’s amazing incompetence! They claim our account has a super bug they have never seen before, gasp! My gut tells me their fraud detection bots are running amock and their customer service are just pawns in the game (don’t worry I’m always excessively nice to customer service agents, where else can you say, “Thank you sooooo much, you are amazing at your job and I hope you have the shiniest day of your life with sprinkles on top. Bye!”) Anyways, this will be release hopefully this week.

Also trying to get a new dev forum up, because our old Vanilla Forums just don’t cut it. At first was going to go with Discourse, which is co-founded by Jeff Atwood of Stack Overflow fame. But after looking into it, it’s Ruby base code, RAM hogging and reportedly rough installation made me opt for NodeBB which is written with Node.js and known for a fast installation. Comparing the two, they are both “modern forums” with a clean design and fancy features a forum should have. I asked for community input on this via the current dev forums, I got pretty mixed feedback. I know a lot of folks appreciate the “traditional” forums such as phpBB or vbulletin and I’m sorry we’re not going with those. In the end I stuck with NodeBB, which will be ready once I connect the forum accounts with the ECO accounts. For your login convenience 🙂https://nodebb.org/product/modern-design

In other news, we released access to the GitHub for source-access backers, the dev blog is live and you are reading the first installment, good job! Also be updating the main ECO site with more info/video for new fans. Thanks for reading and see you on the forums.

Lots more to come, and alpha happening in October. Cant wait to share the game with everyone.