Continuing on towards alpha, getting close!  We’ve also finished the account system, and will be sending out a separate email for that.  That will allow players to login and send their invites if they bought a multi-pack, and allow players to upgrade their tier level.  People who missed the Kickstarter will also have a chance to back it via Paypal.

Here’s the update for the week:

Did a first pass on getting all the alpha items in game. These include tools, blocks, blueprints, skillbooks, the whole deal.

Crafting is almost finished, with the owner of the crafting table able to charge users who use it. 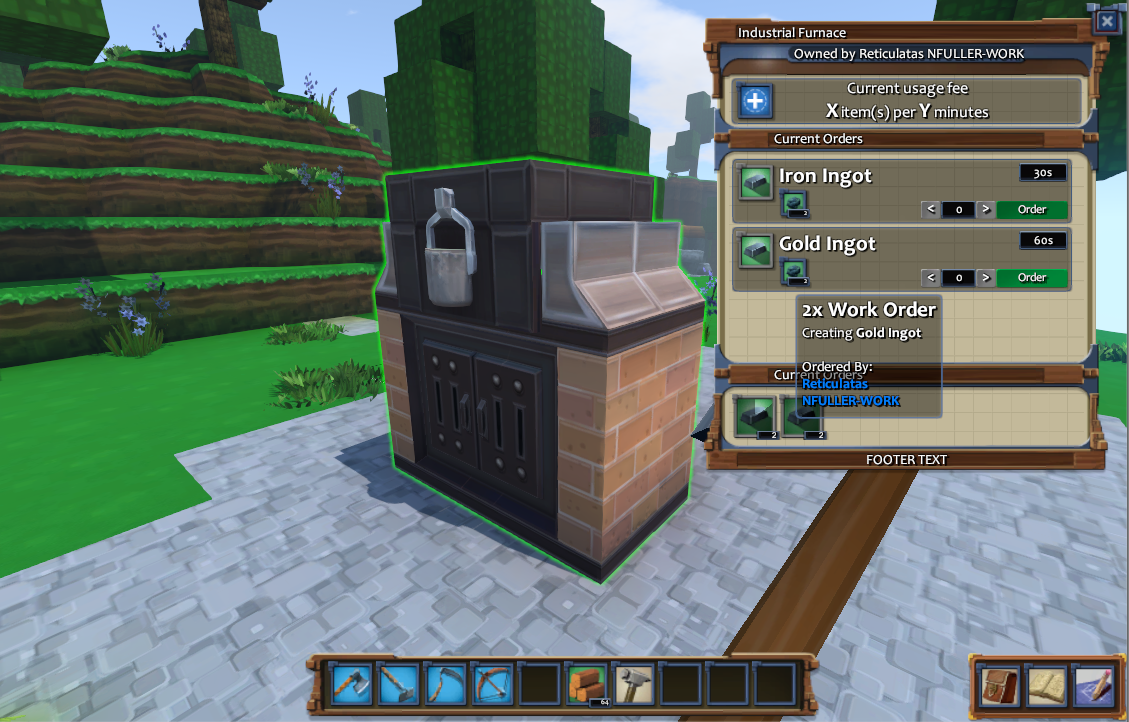 I added some new modding tutorials on the Eco wiki for Alpha backers. I suspect we’ll release these in a more public fashion come Alpha.

Other than that, the majority of my time was spent getting buildings going. 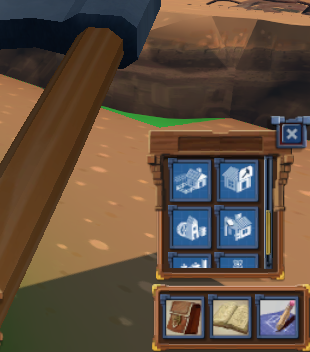 Lots of work on design details.

Food will contain nutrients that you must balance to get the best skill rate increase. Design:

Skills will raise based on food, and affect a variety of actions in the game:

Meteors will really mess stuff up:

Laws will have a web interface per server:

We’ve switched to a new task tracker, Pivotal. We still have our Trello up, and may use it for high-level planning and art updates. These are the tasks we have to get done for alpha: 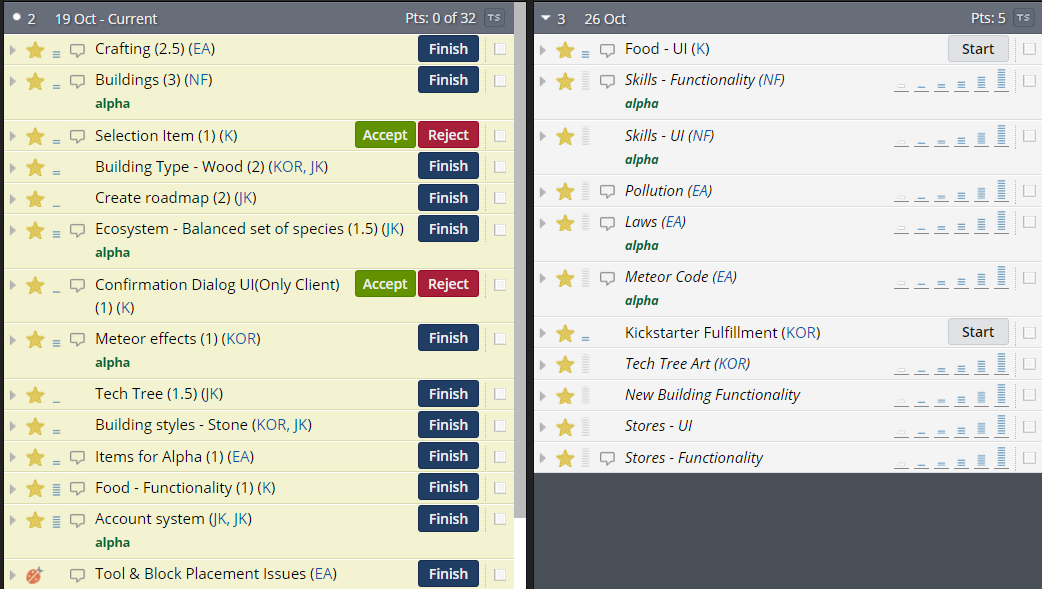 As soon as all of these are in the game in a first-pass form, we will release it to our backers. We’ll be posting our progress as we get closer to alpha release, and we expect it to be in a few weeks.

I worked on item search and select window which will used on crafting table, store, and etc.

During doing confirmation window, added input lock for gameplay which while chatting character will not move and no random UI will pops up.

Currently working on food system to let your guys enjoy your meal. 🙂

I’ve been working on meteor impact effects, and art for new building types for alpha– specifically, a log building set. Our building sets are different from most voxel games in that they are all unique sets of meshes, with rules governing the way they arrange themselves based on how the player places them next to each-other. This gives us a lot more flexibility with how they look and feel than using only cubes or rounded cubes would. 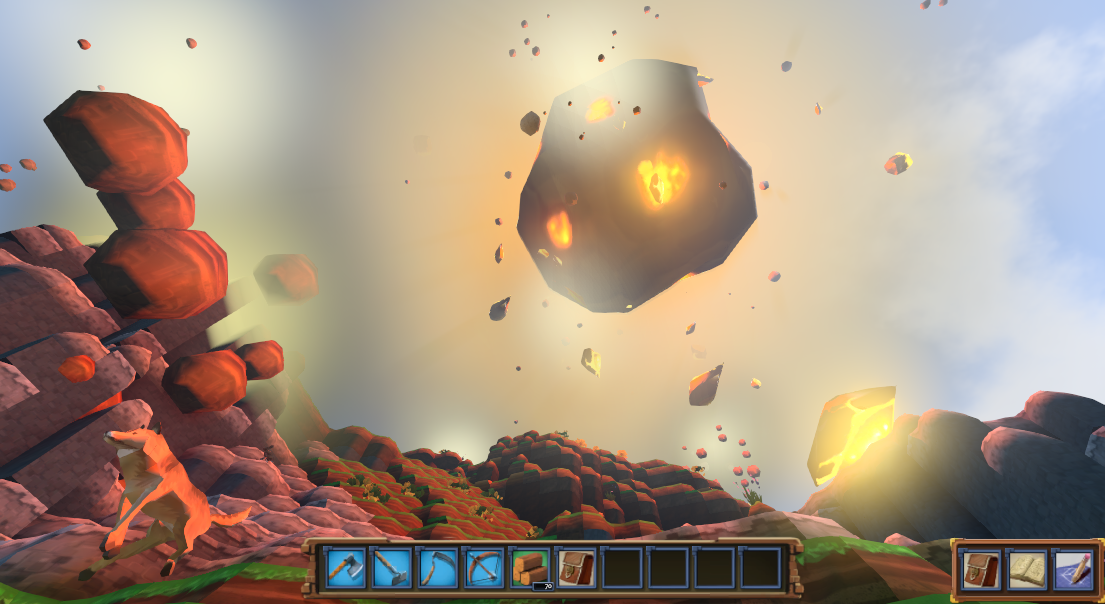 Last week I worked on the Icons, and a stone hut pieces. Now I am going back on working on the overall game visuals. 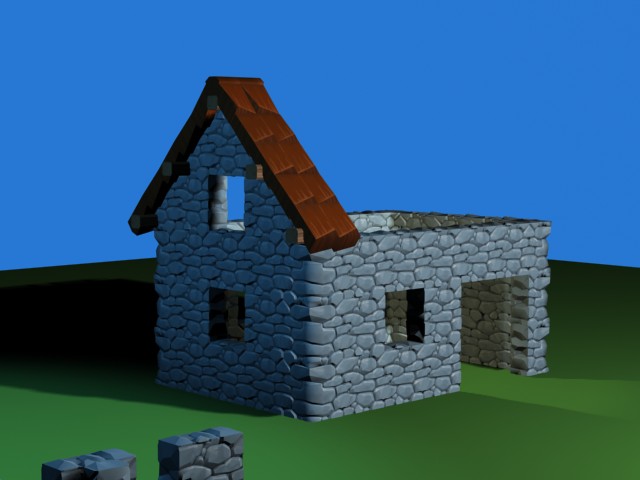 Thanks for following our development and looking forward to hearing your feedback.