Dev Blog: 16
May 12, 2016
Been working hard getting the Alpha 4 release of Eco ready for release, this will be a big release with some major new systems in the game, including transport, power, a new building system, logging system, and much more.

Here’s a look at what’s on the way:

As always the alpha version of the game is available to buy on our site at strangeloopgames.com/eco, and we’ll be giving Steam keys to all our backers when we launch on Early Access later this year.

We also got a couple new team members, welcome Craig and Steve to the team!

Tons of features and polish for Alpha 4. Added a new ‘module’ system for buildings. Here’s a test of it (those chests are actually Sanding Blocks and Tool Shelves), showing how you can plug modules into a table to get extra benefits and unlock other recipes. 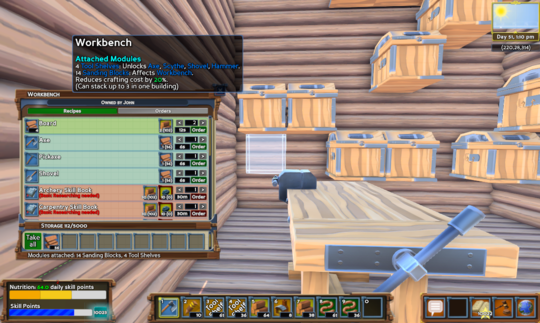 This will be useful in fleshing out the building system, giving lots of ways to customize and create buildings that will have game effects.Also been working vehicles, giving feedback to the player. Notice the new status window when you’re driving around.  Here’s a video of an unfortunate wooden cart crash:

I’ve been blocking in the early parts of the skill and tech tree, making sure everything connects correctly and flows well. The skills now include branches allowing specialities such as baking to be researched and learned separately from the generic cooking skill. In addition to that, a few quality of life changes like sorted skill benefits and availability-culled skill trees should help make navigating the rapidly growing content. 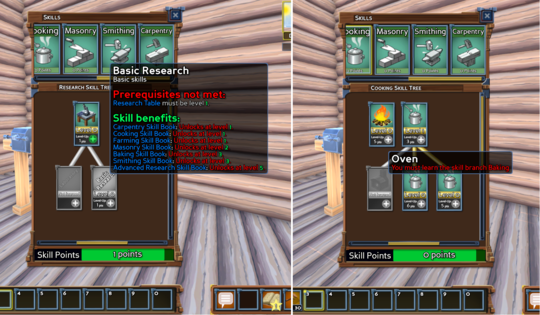 Working on all manner of bugs and loose ends leading up to getting alpha 4 out.  With the myriad of new features since alpha 3, there is a fair amount of fixing going on to get everything solid.

I’ve been working on many things since the last update, but recently I’ve focused on blocking out placeholder models for the game’s “world objects”, our internal technical term for objects that players place in the world on top of the voxel custom builders. This way we can start to implement the first iteration of our tech tree, since revamping and refining that will be a huge part of Eco’s design. Even in the process of figuring out what to rough out for the objects, I did a fair amount of design work, researching what physical objects might be best to represent different technologies.(Again, this is not art that will be in the finished game, these are rough-outs of what objects we’ll likely be implementing) 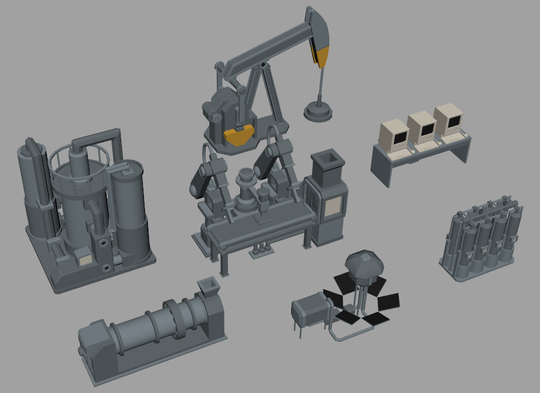 For the last couple weeks I’ve been working on the minimap UI element – the model used to render the map is now updated in real time as players make buildings or dig into the surface. Trees are also shown on the map, and specific types of objects (players, workbenches, etc.) are highlighted and listed on the side of the map screen.I’m also working on various meshing, rendering, and networking optimizations for the minimap.
The player icon shown is temporary 😉 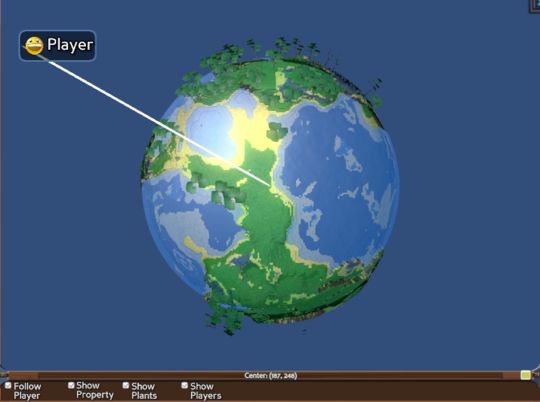 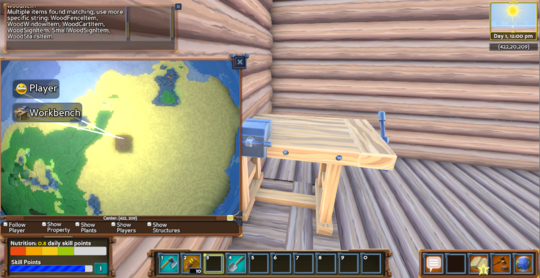 Getting ever closer to Alpha 4, can’t wait to hear what you think of it. As always send us any questions or comments you have or message us on Facebook. Look forward to hearing from you.